Mazar came for us and we got a taxi to the harbour. The embarkation shed was jam packed with people – families and all their bulging suitcases. There is no real system of queing in Arabia more sort of a general crush and lots of shouting – Arabic is a language that really lends itself to shouting and so everybody manages to sort themselves out. Mazar did our shouting for us and we were soon squeezing through the last doors with our twelve pieces of bulky luggage and down to the jetty we trudged.
The ferry is an old three decked german-made vessel and we humped ourselves and gear on and onto the upper deck. No cabins were available but a little backshish to the captain allowed us to squat on the open deck in front of the wheelhouse.
There was a fracas at the gang-plank just before cast off. A set-to in Arabia between two men – hoovers in thirty opinionated and voluble by-standers and all will shout loudly for thirty minutes or soand then suddenly it is all over and all walk away. Such was this one which delayed the already delayed start and we only set sail past six.
Heading into open water the wind picked up and so did the bow spray which gave us one drenching and we sought shelter in the first class dining area, which was one deck below and air-conditioned.
We stayed there for the duration of our complimentary meal – black beans and bread – but the loud arabic music and smokey conditions forced us top-side again, where the wind had dropped so we settled into our sleeping bags under the lovely northern sky and passed a gentle and restful night.
– Tango 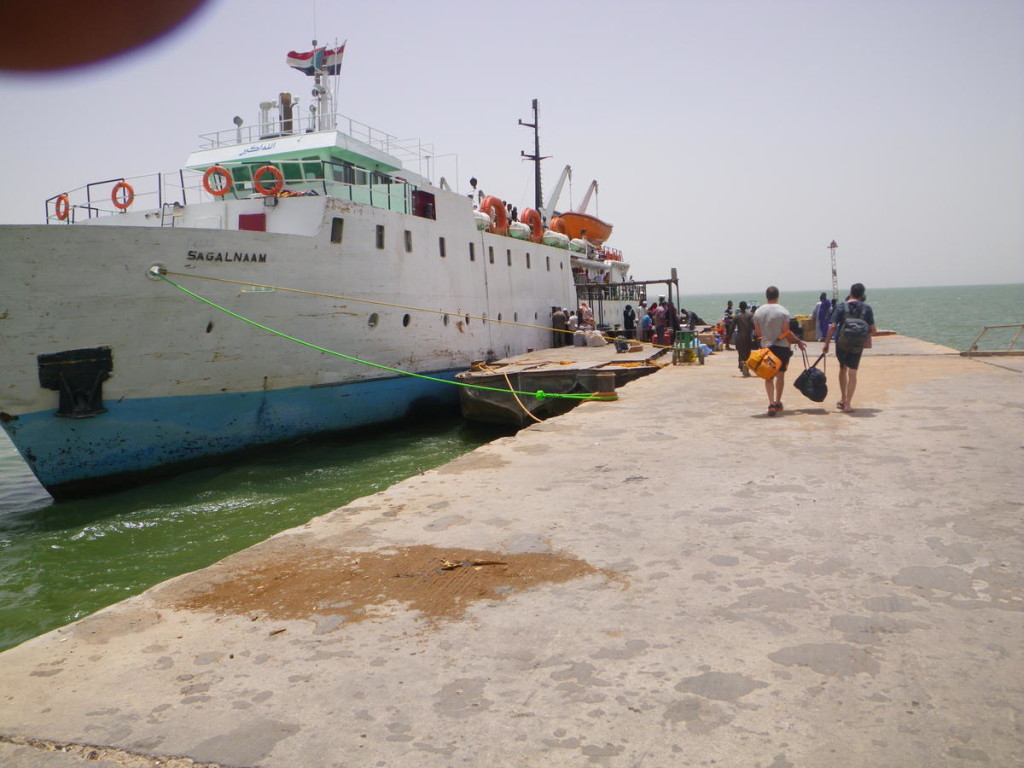 Hauling our luggage down to the ferry