Waking early we intended getting as much of the distance as we could done in the cool of morning. We were all cheerful and bubbly as we struck camp, admiring the stars of the northern skies and making coffee.
Again though, it took longer to get going than we hoped but we were riding at seven.
Desert mornings are beautiful, but beguiling and the temperaure rises slowly for the first two hours and then suddenly starts to spike. It was 22 degrees when we started out and 30 at about nine, then it rose, incredibly a degree every five minutes or so..!.and was soon 43 degrees just like every other day and we were sweltering. It was a good surface, but we passed only one village, where we could get cool water and nowhere we could find fuel and knowing the limits of our tanks at the speed we were doing we were forced to throttle back, which meant a longer time in the heat. We all had to switch to reserve before we got to town and limped in at lunch time.
Wadi Halfa….a sprawling mud hutted affair at the southern tip of the vast Lake Nasser, which is proudly called Lake Nubia at this end.
We met up with our friendly and efficient fixer Mazar and he told us that we were in kuck as there was a barge leaving in the afternoon. We had expected some delays here.
Shane was starting to feel a bit grim so we found the hotel that we were booked into settled him in and took the off-loaded bikes to the harbour.
Mazar told us to wait in the shade of a packing shed and went off to do the paperwork. We sat in the shimmering heat for the three hours that that process took and watched the loaders and foremen and agents come and go.
Eventually he emerged clutching the stamped and signed carnets and we pushed the bikes onto the barge and the crew strapped them down.
Returning by ancient Series One Land Rover taxi we collapsed in our rooms that had state of the art 1950’s aircons that noisily pump fetid air into the rooms..but a lot cooler that outside in the sun..!
– Tango 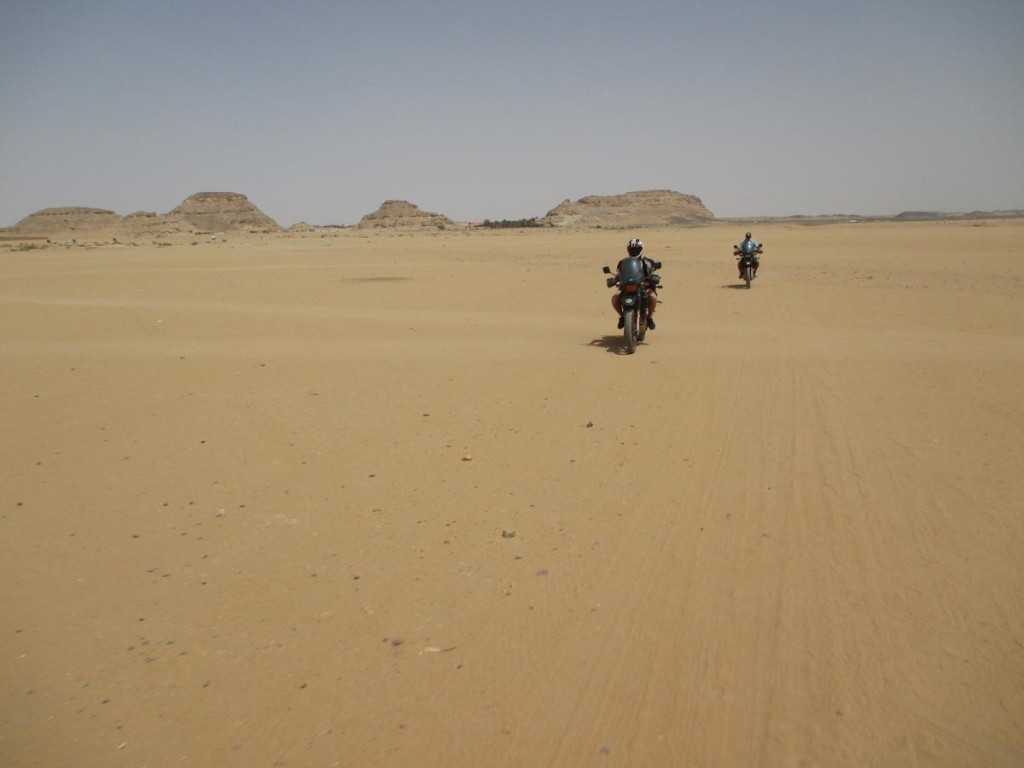