Left Gedaref early and rode through the increasing heat of the day which got up to 48 degrees, until we reached Khartoum. The city itself wasn’t particularly inspiring, and we were all cooking in the heat, so it was a delight to come across the german guesthouse where we were staying, a little oasis in the middle of the crowded hot city, especially as it’s central feature was a huge swimming pool, where we spent the rest of the afternoon cooling off. Being a Thursday meant two things, firstly the next day, friday, is the start of the weekend so getting our alien registration would be a problem. Luckily, the german owner had a plan, and we did our usual leap of faith by handing over our precious passports and wads of dollars to a stoney faced nubian who then vanished into the night, to re-appear past midnight with the passports in hand all properly stamped. Secondly, Thursday night is the ex-pat braai night at the guesthouse, which was a tasty affair accompanied by an slighty surreal thumping ibeza soundtrack until the early hours of the morning, just loud enough to drown out the mezzuins call to the faithful.
– Tango/Golf 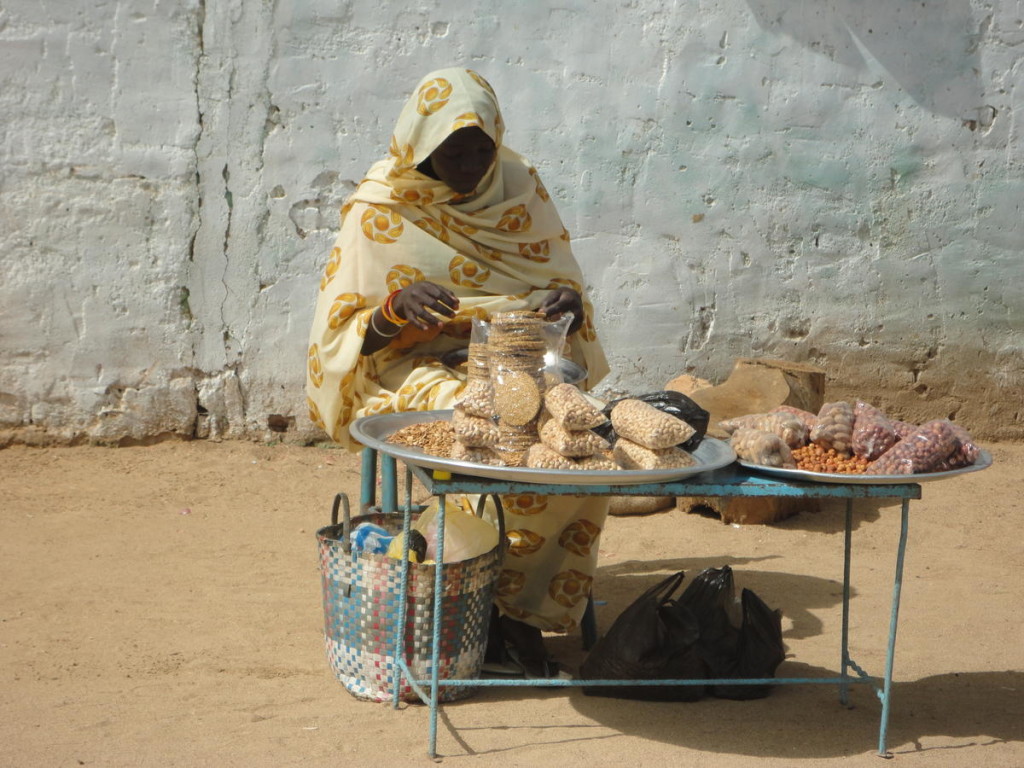 Sudanese woman in the 45 degree heat