THE START OF THE HEAT

Today was our last day in Ethiopia, and leaving Gondor you could sense the change in landscape as we descended from the foothils of the Simian mountains of Ethiopia down to the flat desert plains of Sudan. The previous day we had had a smattering of rain on the road to Gondor, today the temperature started to rise, and we eventually took off our jackets, not realising that we would not be putting them back on for the next two weeks! We approached the border crossing with some trepidation as we’d heard lots of horror stories, however, despite it taking a coupld of hours to get through both sides, we had no issues at all, and in fact we were invited to partake in some tea with the immigration officials on the Sudanese side. The official was also polite enough to point out to Sierra that his ethiopian scarf was being worn on the wrong side (not sure the significance of getting it wrong, but we took a few guesses). The town of Gederef and the hotel there set the standard for both Sudanese hotels (terrible) and hospitality and food (delightful). We were wandering around looking like our usual lost selves, when a friendly local offered to drop us at the best eating place in town, which turned out to be a street cafe with superb cheap food. There we were welcomed by the curious locals who then insisted on taking us for coffees at a coffee house and refused to let us pay.
– Tango/Golf 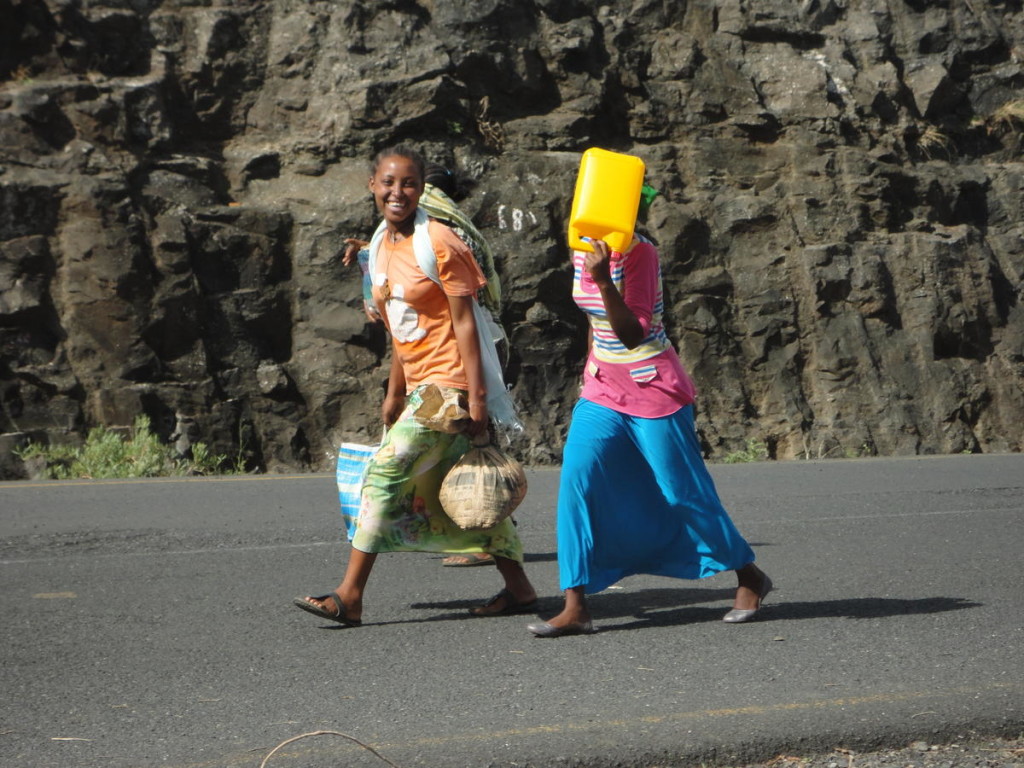