We left Lalibela the following day, a Tuesday which is clearly market day in Ethipoia. All along the winding mountain passes we would pass a constant stream of villagers walking miles to the next town, taking their chickens (live and dead), goats, back breaking loads of timber, skins and cattle to market. The road itself is spectacular, it’s a rough dirt road that winds it’s way up and down valleys, descending down to a tributary of the nile, then winding it’s way back up 1000m up to the highlands, where it becomes a winding tar road through one mountain vista after another, until it eventually descends to lake Tana and Gondor.
– Tango/Golf 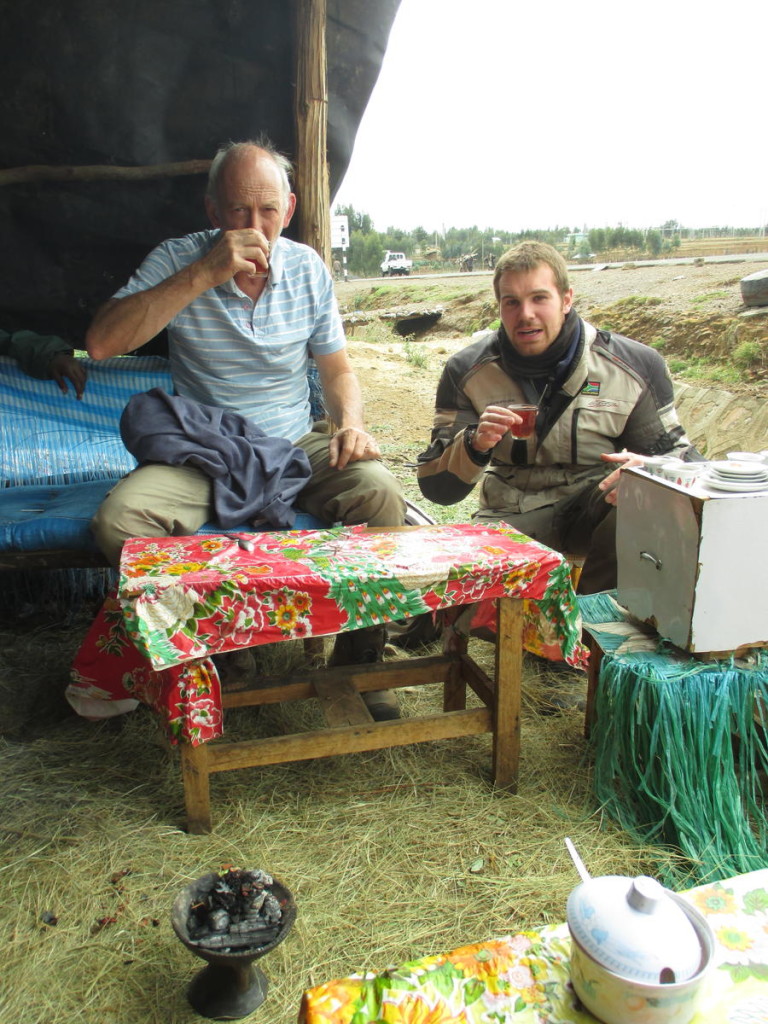