Leaving our lodge we travelled back to Arusha and found the clock tower in the heart of the city which is the symbolic half-way point on the journey from Cape Town to Cairo. Curious locals crowd around the bikes when we stop and we always enjoy telling our story.
Heading north once agin on the A104 we zipped along, a little sad to be leaving Tanzania, a country that has delighted and impressed us .
Namanga, the border crossing was quiet on the Tanzanian side and we found our fixer quickly and were through in under an hour. On the Kenyan side we found the friendliest of immigration officers who beamed their welcomes and after we got our precious carnets stamped and had dodged the persistent Masaai lady curio sellers, we were off.
A new country!
The Kenyan countryside is very similar to the Tanzanian and we stayed on the great north road for awhile and then took a side road that would bring us into the south west of Nairobi. This road turned out to be a welcome and unexpected gravel treat and we were in high spirits by the time we got to the outskirts of the city.
Following the GPS route along a busy and crowded city road we were guided through a lush and affluent area, which we discovered is called Karen after Karen Blixen, as the suburb is on the original coffee farm.
JJ’s is the name on the board at the tall steel gate where we finally found ourselves – Jungle Junction – probably the most well known back-packers in Africa – is an essential place to stop over.
We swiftly pitched our tents on the lawn and accepted the tasty supper on offer and afterwards settled down around the table and shared a few beers with the other bike overlanders, mostly Europeans, who had stopped here on their generally unhurried way south.
– Tango 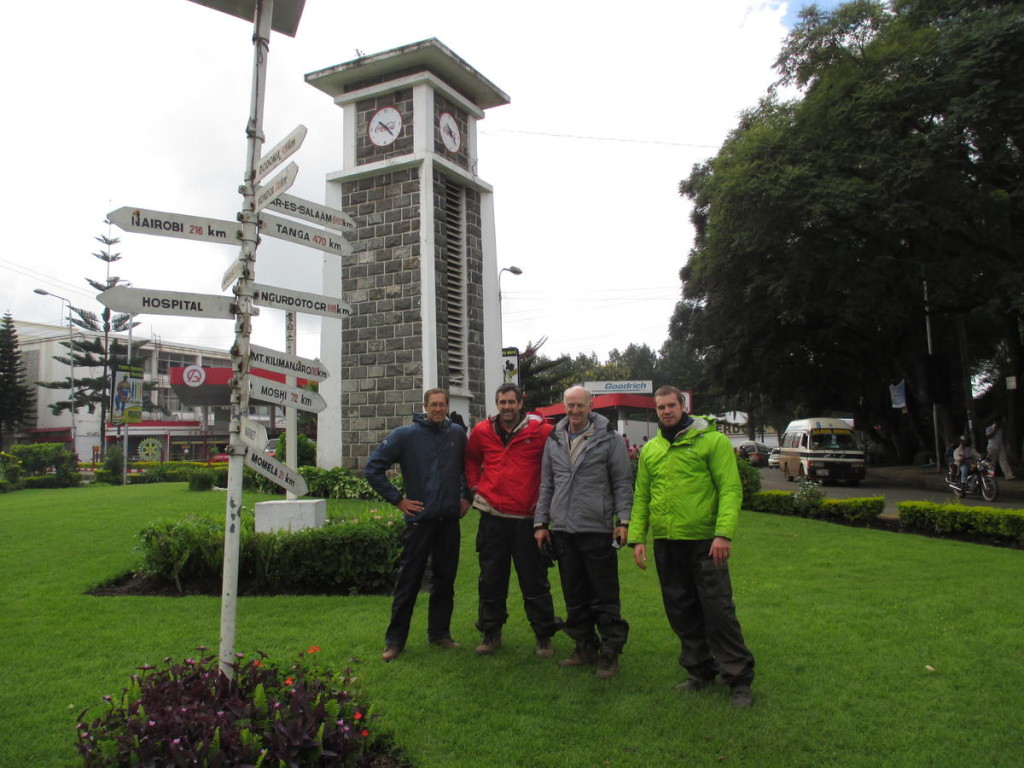 The clock tower in Arusha, half way from Cape to Cairo