The long road through the entire length of the Caprivi Strip today and from early, the sky bruised more and more threaghteningly until it burst and we were riding in an equatorial downpour. The Caprivi road is in good condition but one has to be very aware all the time of goats, cattle, dogs and children drifting across the tarmac.
It rained the whole way and we had to ride at a careful pace and finally arrived at our accommodation for the night, just outside of Katimo Malilo on the south bank of the Zambezi River. When the rain stops it was very humid but the setting was stunning and we were entertained by a troop of mischevious monkeys.
– Tango

Although there was evidence of a lot of elephant activity along the Caprivi Strip road, by way of dung on the tar, we didn’t manage to spot any elephant. The assumption was they use the road as their elephant highway under cover of dark. Two huge unidentified raptor like birds were surprised by our cavalcade, and took to the air low in front of the bikes from some fresh killed carcase lying by the side of the road. We saw fork tailed drongoes which were swooping down to the road after fresh insects. A huge swarm of yellow and white butterflies, on whatever migration path they had followed since creation, fluttered chaotically and endlesly for the entire length of the Strip. A small spectacle in the African sun.
– Sierra 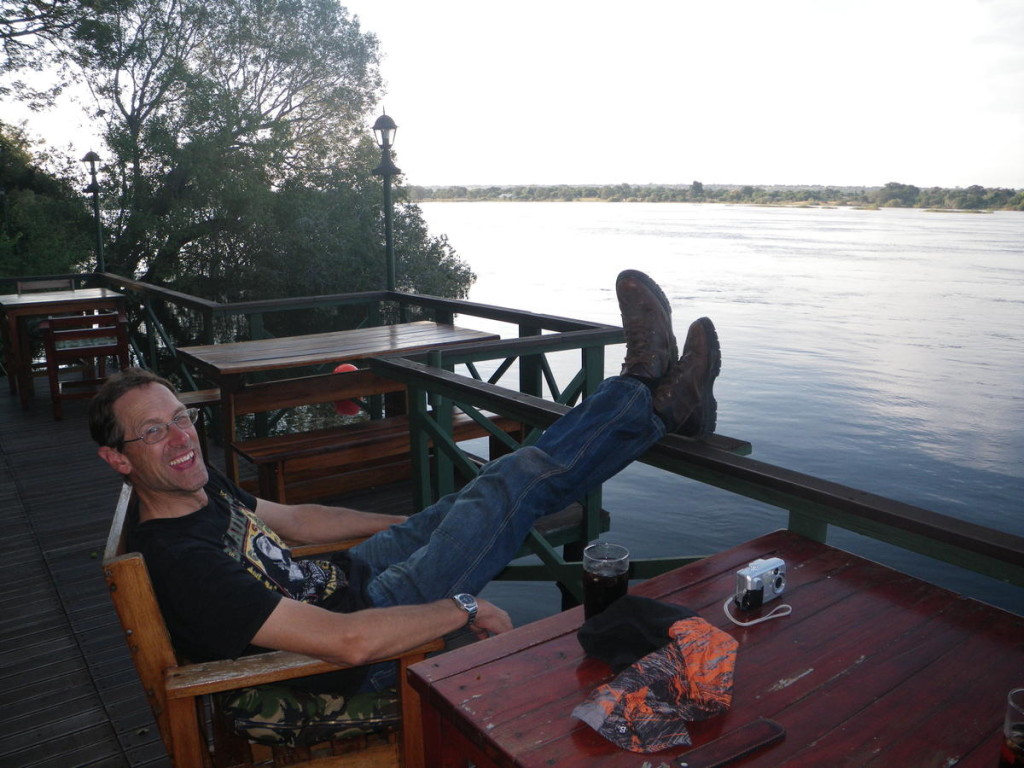 Taking a break on the Zambezi